Animation
Science fiction
Educational
Musical
Ready Jet Go! is a CGI animated television series produced by Wind Dancer Films. It was created by animator Craig Bartlett and premiered in the United States as part of the PBS Kids block on February 15, 2016. The series is produced in cooperation with NASA's Jet Propulsion Laboratory. The show is aimed at kids ages 3 to 8. On August 17, 2016, PBS Kids announced that Ready Jet Go! has been renewed for a second season, which premiered on April 2, 2018. It was most likely discontinued.

Earth science and astronomy take center stage in this animated series from PBS Kids. Two neighborhood kids -- Sean and Sydney -- befriend the new kid on the block, Jet Propulsion, who just happens to be an alien from planet Bortron 7. Together they explore the solar system and how it affects the planet, while also learning about friendship and teamwork. The series features live-action interstitials with astronomer Dr. Amy Mainzer.

As seen at the start and end of the program in PBS broadcasts, the show is funded in part by the Corporation for Public Broadcasting, ABCMouse.com, and viewers like you. Osmo funded the show in 2017. A cooperative agreement with the US Department of Education funds the show as of 2017 (this sponsor is only seen in Season 2 prints), and as of 2017, the Corporation for Public Broadcasting sponsor mentions the Ready to Learn grant, which the Ready Jet Go! series was developed under. As of 2018, Kumon funds the show. An instrumental of How Come the Moon Has Craters? (Song) plays during the funding credits. Jet announces the credits. In 2016-2017 prints, he says "Excelsior!", after saying "Thank you!", but in August 2017-present prints, he doesn't say "Excelsior!" anymore.

After the show was cancelled in 2019, it hadn't seen anymore content being made for it. However, in 2021, the show had a 'fandom boom' on social media platforms, with more posts talking about the show, more fan art, and uploads of the show's international dubs.

In early July 2021, PBS aired a marathon of Back to Bortron 7 and One Small Step to gauge the audience. These specials did well in the ratings, and their official YouTube uploads have thousands of views. Around the same time, they opened a new online shop for the series with brand mew merchandise, including shirts in adult sizes. Seemingly a nod at the show's notable teen and adult demographic.

In August 2021, Jaeda Lily Miller uploaded some photoshoots on Instagram. Craig Bartlett commented on the post, calling Miller as 'Mindy' and saying 'See you soon!' Miller replied with "5, 4, 3, 2, 1!", the lyrics to the iconic Takeoff! song.

That same month, Bartlett announced that he was recording new songs for the series, with series composer Jim Lang returning, as well as Ashleigh Ball. Vienna Leacock is reprising her role as Sydney.

All of these point to a continuation for the series. It could be Season 3, or a feature film. 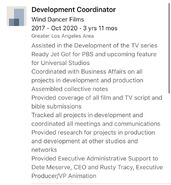 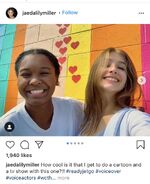 Vienna Leacock will reprise her role as Sydney

Community content is available under CC-BY-SA unless otherwise noted.
Advertisement