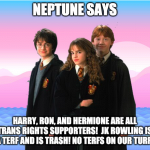 I adopted this wiki on April 2, 2018, and I am an admin alongside NoonboryKedabory. In addition to this show, I am a fan of cartoons. I also like studying astronomy and one of my new interests is railways.

I am also the creator of a terrible AU series, which is called RJG Tales. Episodes would have included "Jet's Bad Word", "Commander Cressida Convention", "The Last Straw", "The New Mitchell", and "Mindy in the Middle", but they will likely never come to fruition because my writing is lame.

One day I want to be an animator or an astronomer. But for now, my occupation is messing around in iMovie, editing wiki pages, obsessing over RJG!, and sucking at math.

My goal is to reach 365 days on the wiki and get the platinum Jet & Sunspot badge, but I keep failing at it. Darn Fandom and the stupid ways they determine time. Also, I reached 3,000 edits on the wiki as of February 1, 2020.

I was at some other wikis; the TTTE wiki, the SU wiki, the Let's Go Luna wiki, the Molly of Denali wiki, the Xavier Riddle wiki, the Lost Media Wiki, Mario Wiki, and my all new PBS Kids Sprout wiki.

This section is listing episodes that I have available, on DVD or otherwise.

Since I deleted my Deviantart, I will use this to ramble incoherently about whatever comes to mind.

February 2, 2020 - This year's Super Bowl commercials sucked major butt. At least they didn't go through with that Mr. Peanut RIP commercial out of respect for Kobe Bryant, but they tried to tell us that Tr*mp is the best president ever and that F*x N*ws is America's top network, when they're far from it. On the other hand, that Jake From StateFarm commercial was hilarious, as was the Rick & Morty Pringles commercial. I think the J-Lo/Shakira performance made me 10 times gayer. Also I watched Harvey Street Kids, Sym Bionic Titan, and Tuca and Bertie recently and they're great! I don't know why I didn't watch them before.

February 4, 2020 - Since my friends on Miraheze all watch My Hero Academia, I caved and started watching it on Crunchyroll. I like it so far but I'm so behind since there's four seasons. Also, Deku is my child and Bakugo sucks for being mean to him.

February 5, 2020 - I made a Tumblr account, plutovhs2020. I will continue my ramblings on there, as well as post memes, PSAs, and general randomness.
Retrieved from "https://readyjetgo.fandom.com/wiki/User:NeptuneID13?oldid=6452"
Community content is available under CC-BY-SA unless otherwise noted.